Words and Photos by Gergő Lázár

Semana Santa (Holy Week) is the biggest religious event in the city of Granada. In the Spanish culture, religious traditions have deep roots in the society. The 68% of the population belongs to the Catholic Church, making it to be the largest religion in Spain.

Throughout the week, 32 different processions by 32 cofradias (brotherhood) goes through the city’s main roads, turning it to be a huge weeklong festival. The city’s most famous procession is the Silencio, which draws tens of thousands of people along the way, on the narrow streets of Granada.

The processions of the Semana Santa changes the city for a whole week. I only heard stories about the smell of the incense passing through the alleys, the screaming tyres on the roads from the wax that dripped from the candles. But once I could see it with my own eyes, all the tales became a reality. Although the younger generation of Granada isn’t deeply religious, they wouldn’t miss a single procession. Every time a procession passed by, hundreds of smart phones elevated from the crowd, to immortalize the moment.

I would like to show this unique tradition of Spain, through the eyes of a foreign photojournalist. My approach was through the details of each and every part, which makes Semana Santa as a whole. 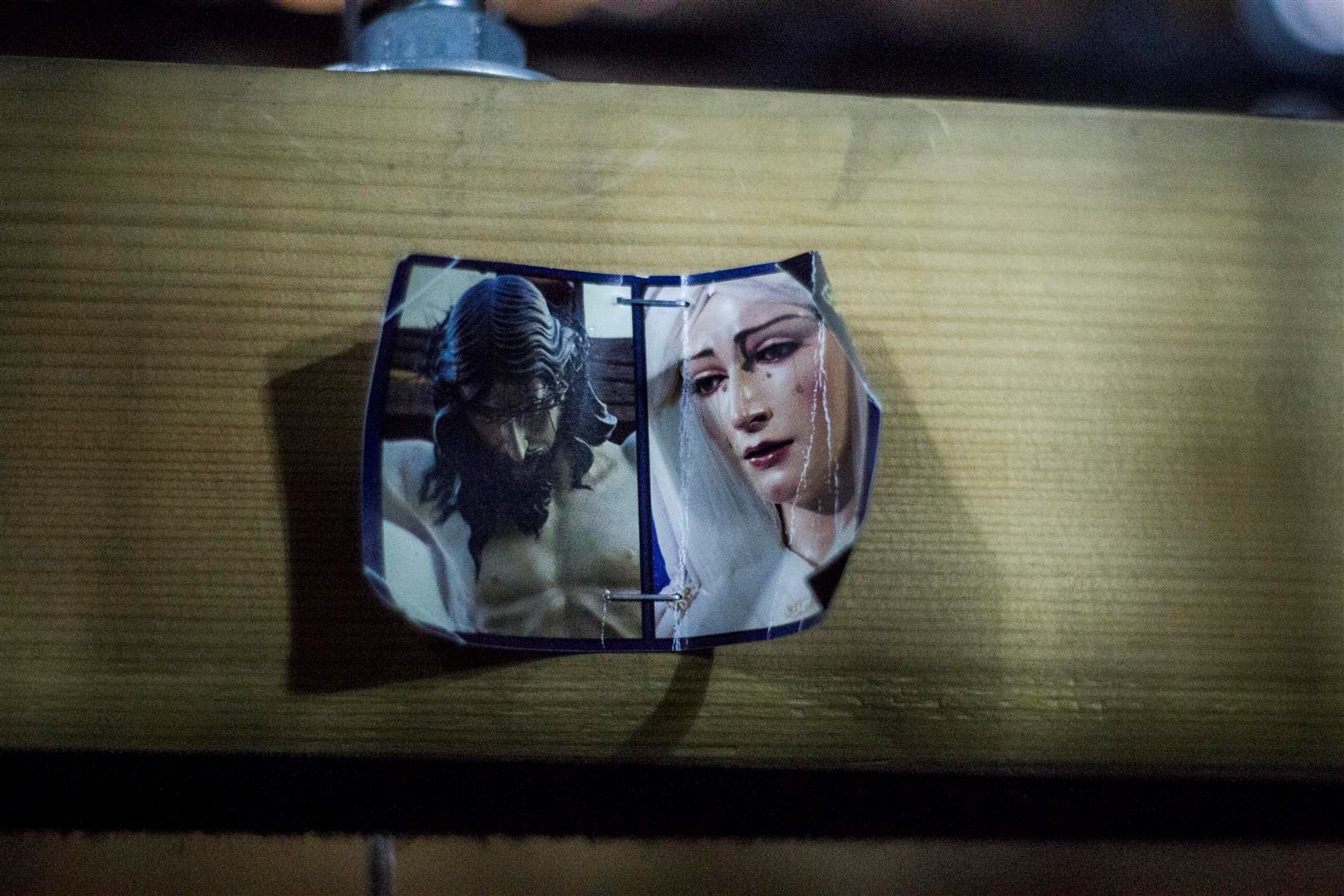 A picture of Jesus Christ and Virgin Mary can be seen underneath the frame (paso) of the Christ of Redemption. 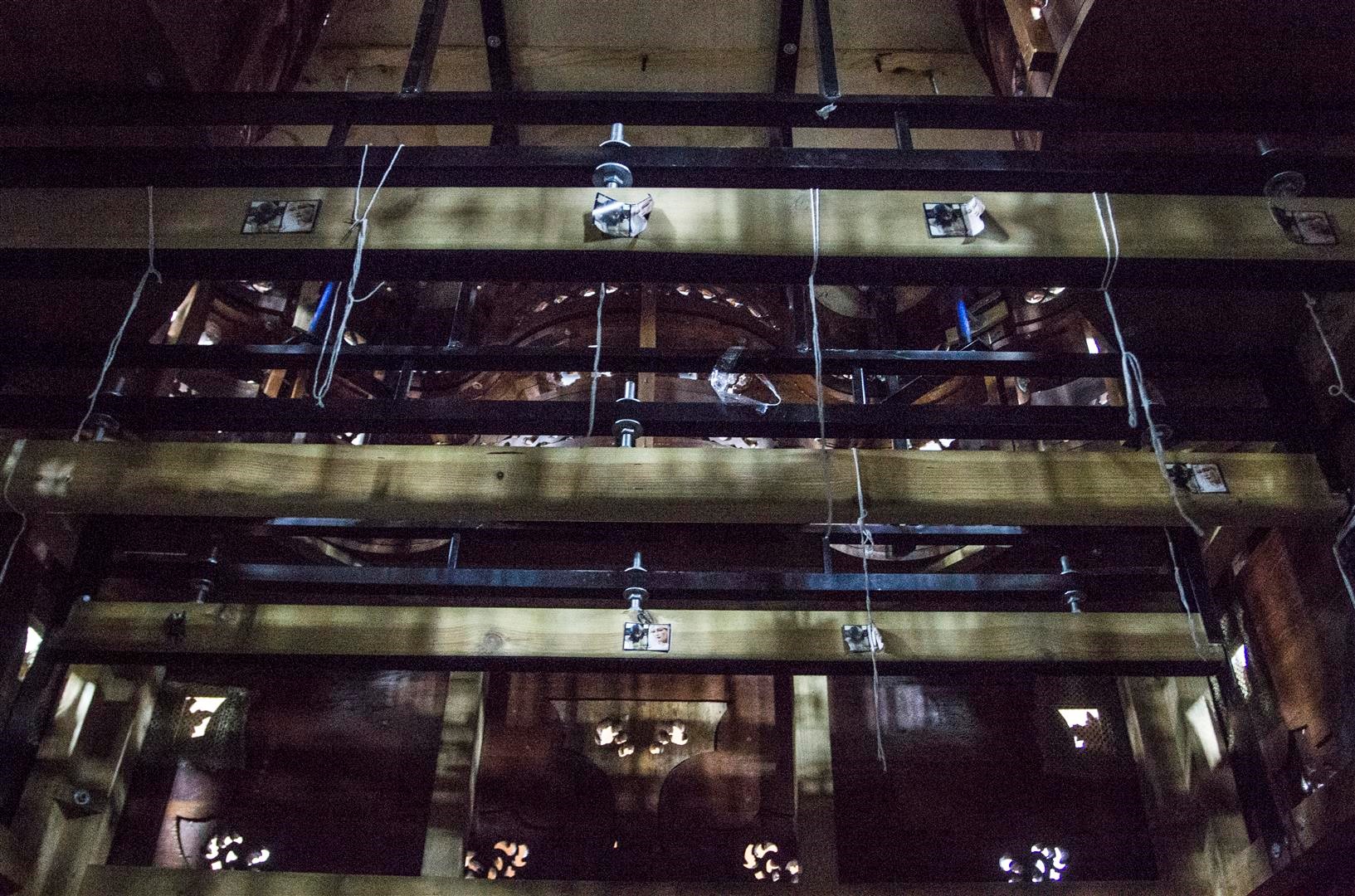 These pictures give strength to the Costaleros to carry the frame, which weights more than 1 tonne. 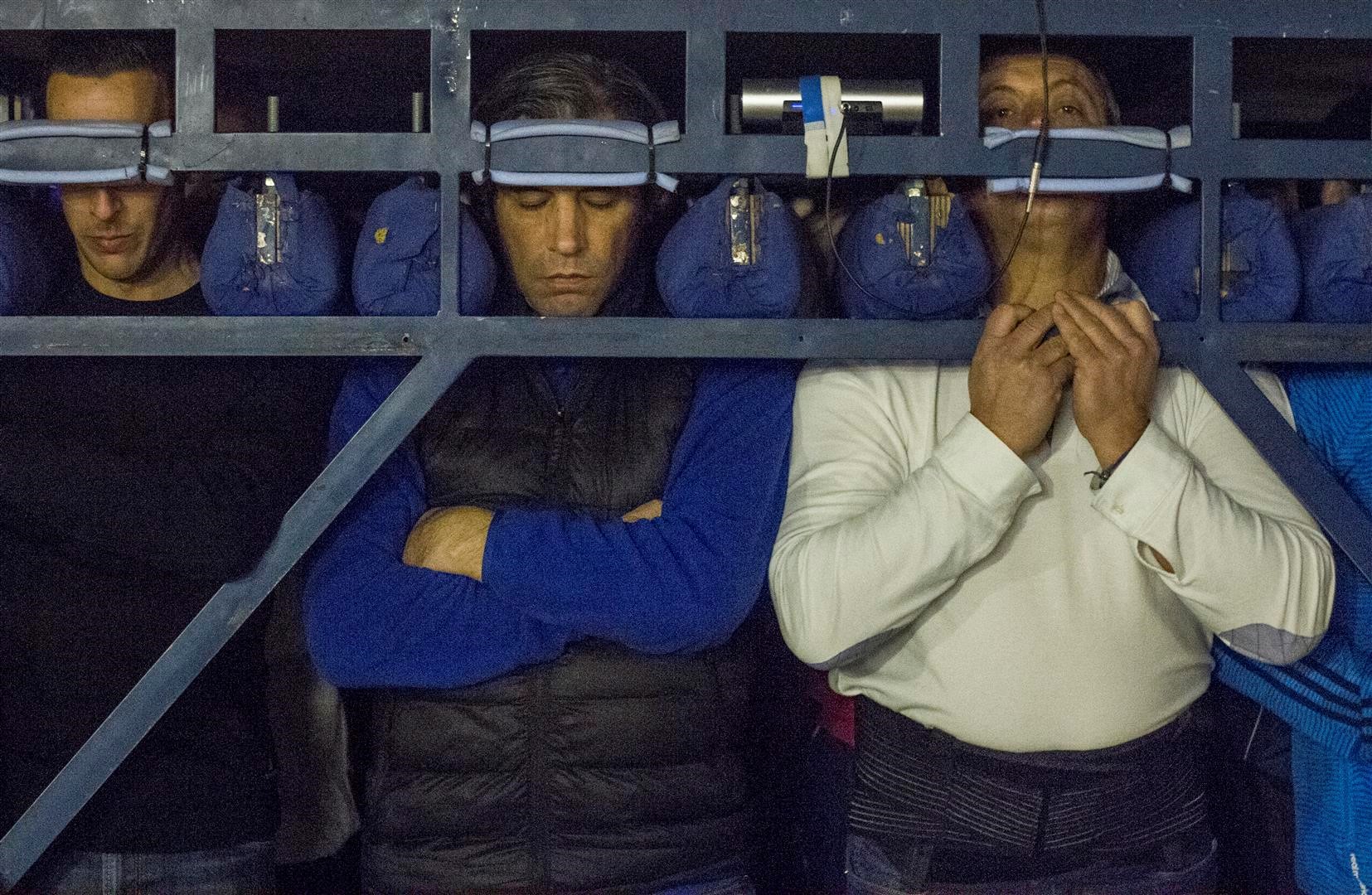 Costaleros are practicing for the upcoming holy week in Granada. It is vital for them to practice in order to be ready for their processions, which can last 8-10 hours. 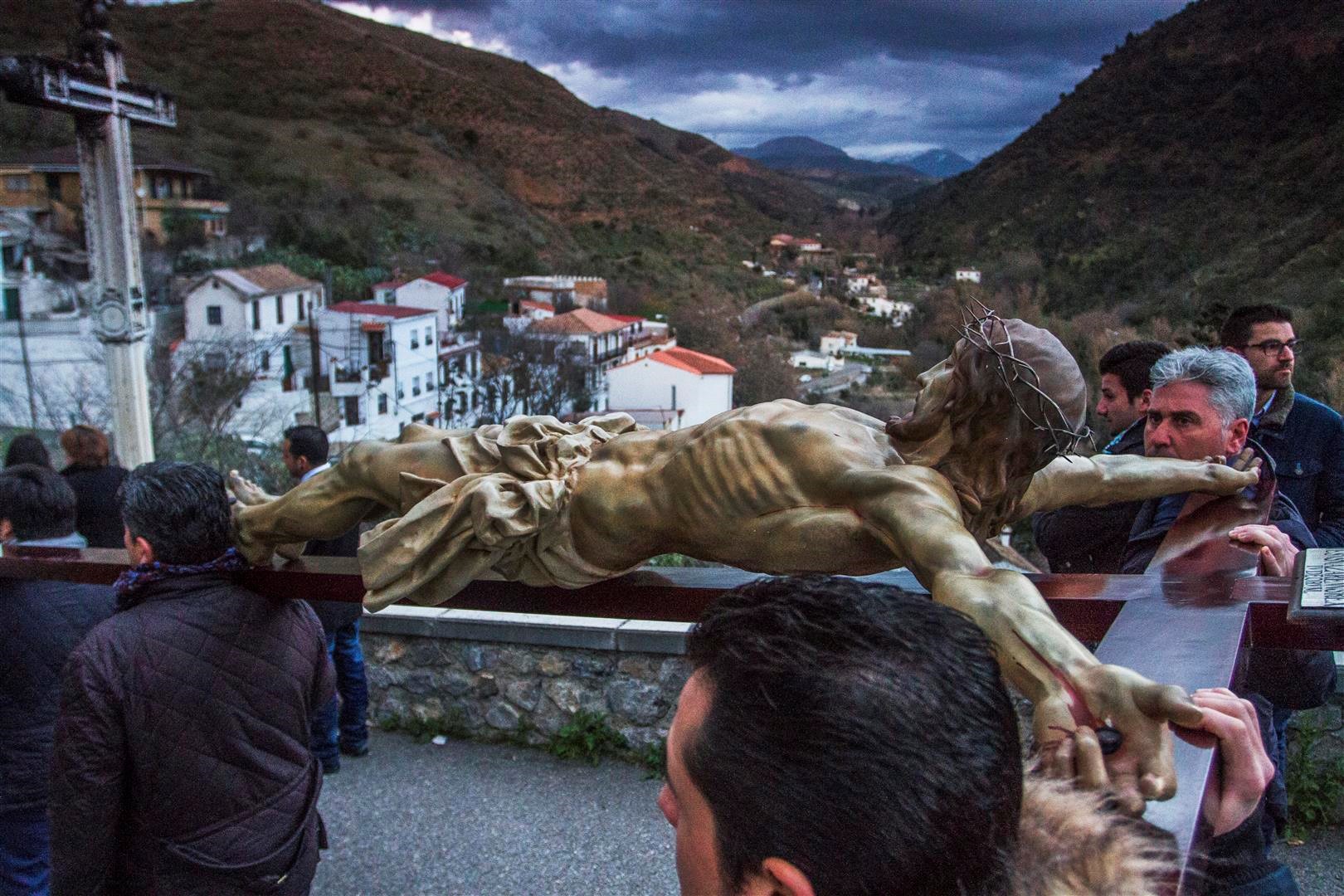 Cristo de los Gitanos on its Via Crucis in Granada. Weeks before the Semana Santa the Via Crucis processions begin. The members of the brotherhoods take the Christ and the Virgin to their churches, to make them ready for the Holy Week. 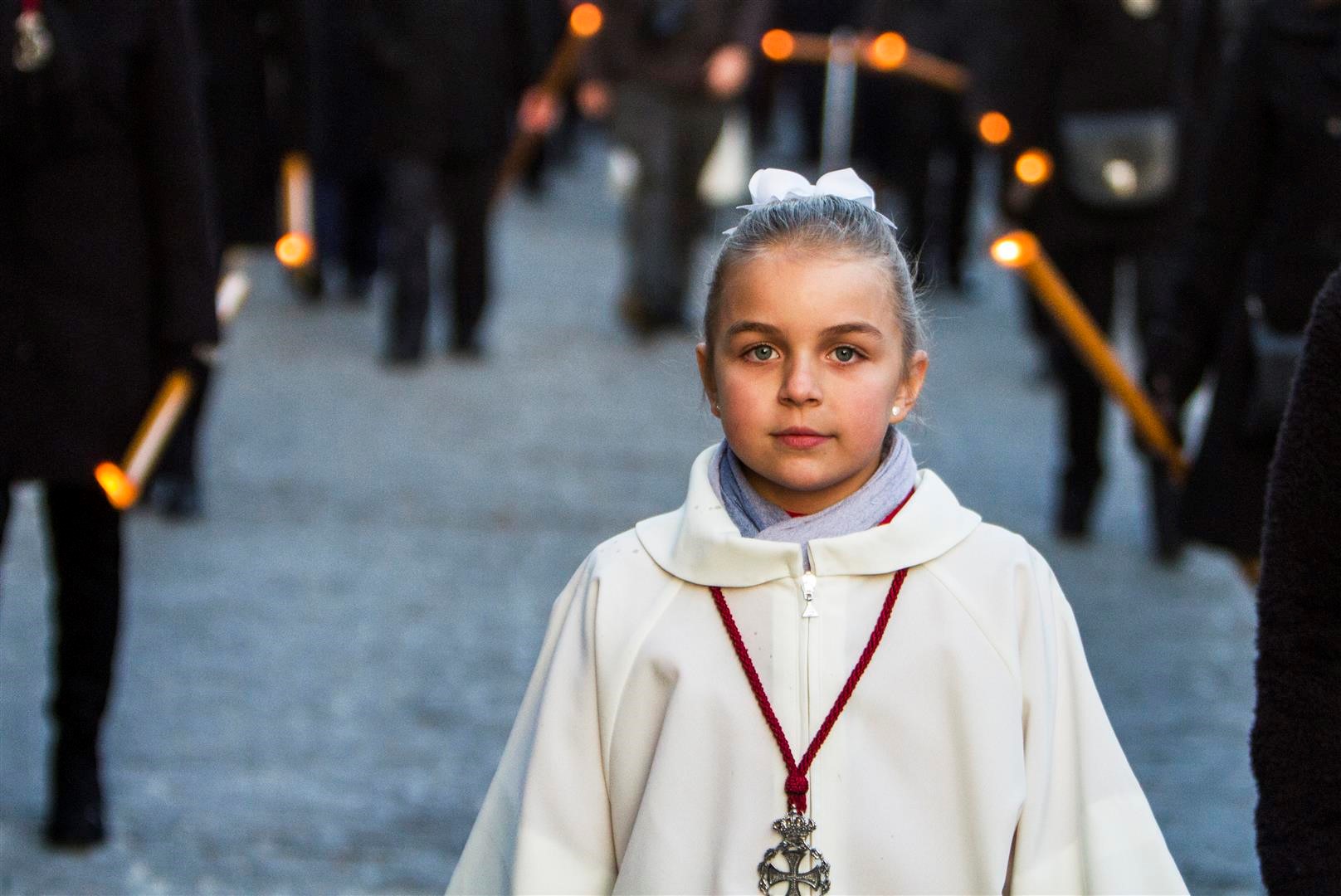 Members of the brotherhood take part in the processions since a very young age, due to the strong family traditions and love for Semana Santa. 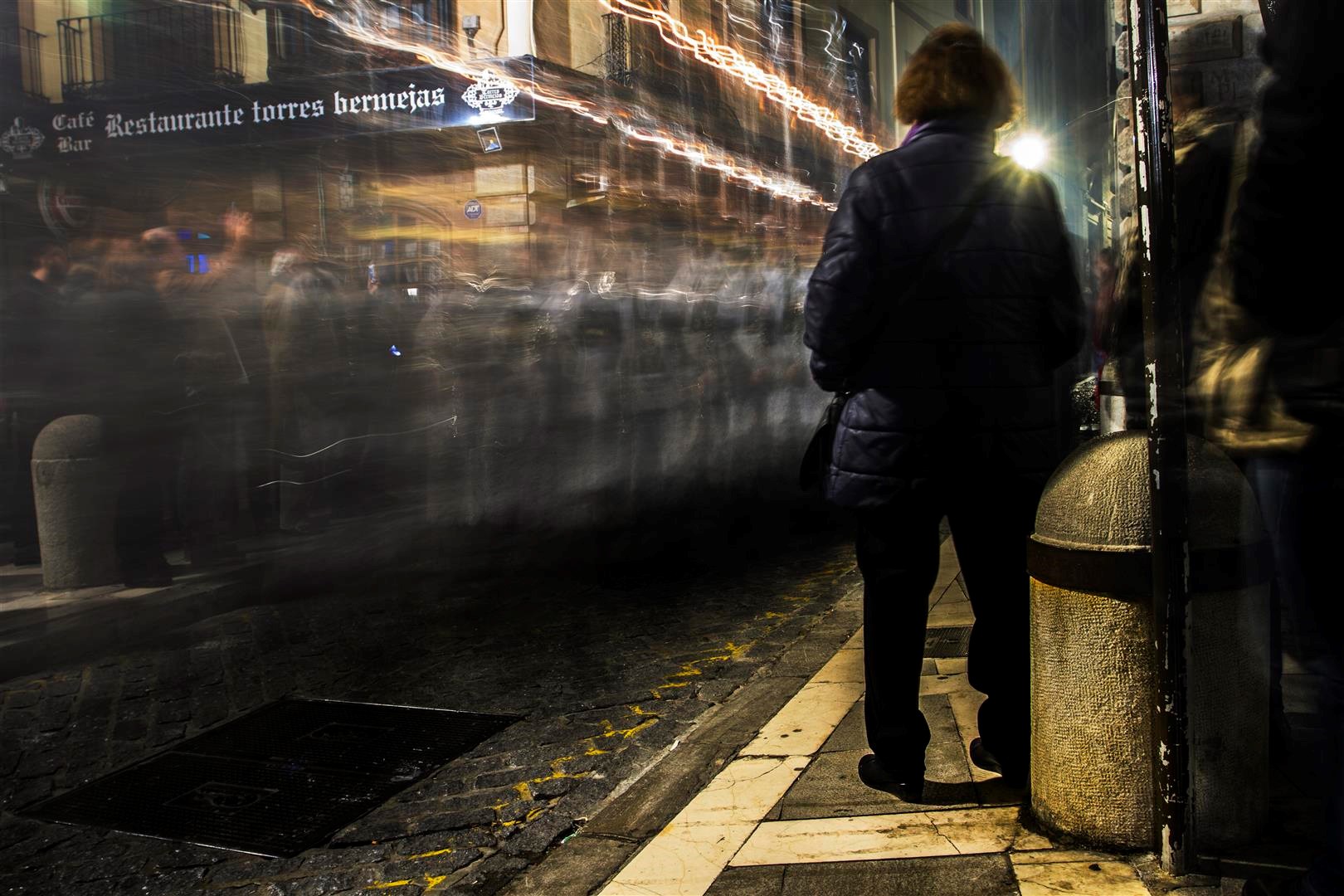 A Via Crucis procession going through the cobble stone streets of Granada. 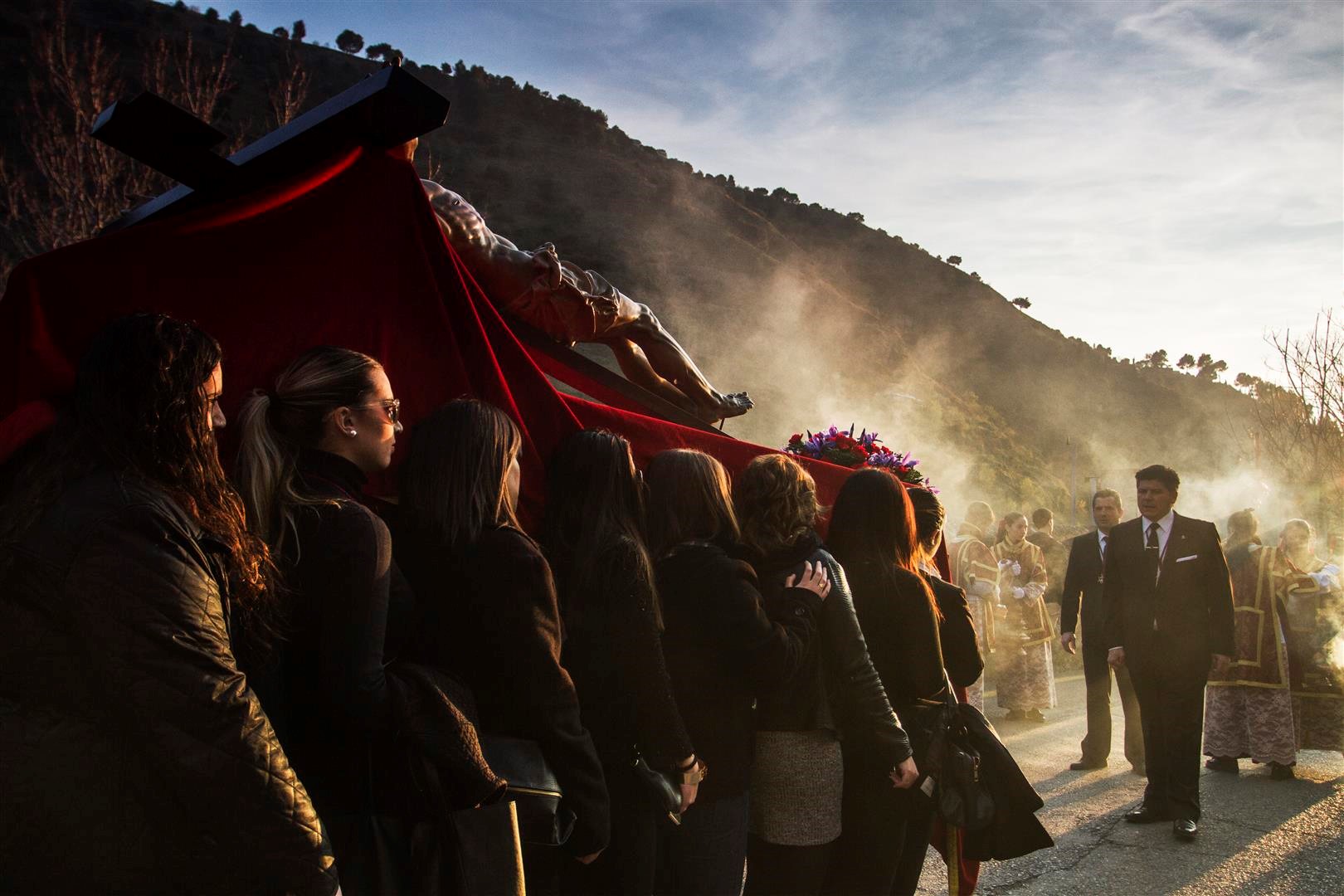 A group of Women holds the frame of Cristo de los Gitanos (The Christ of the Gypsies) at its Via Crucis. The procession of the gypsy minority is different than any other in Granada due to its scenic route to the Sacromonte. 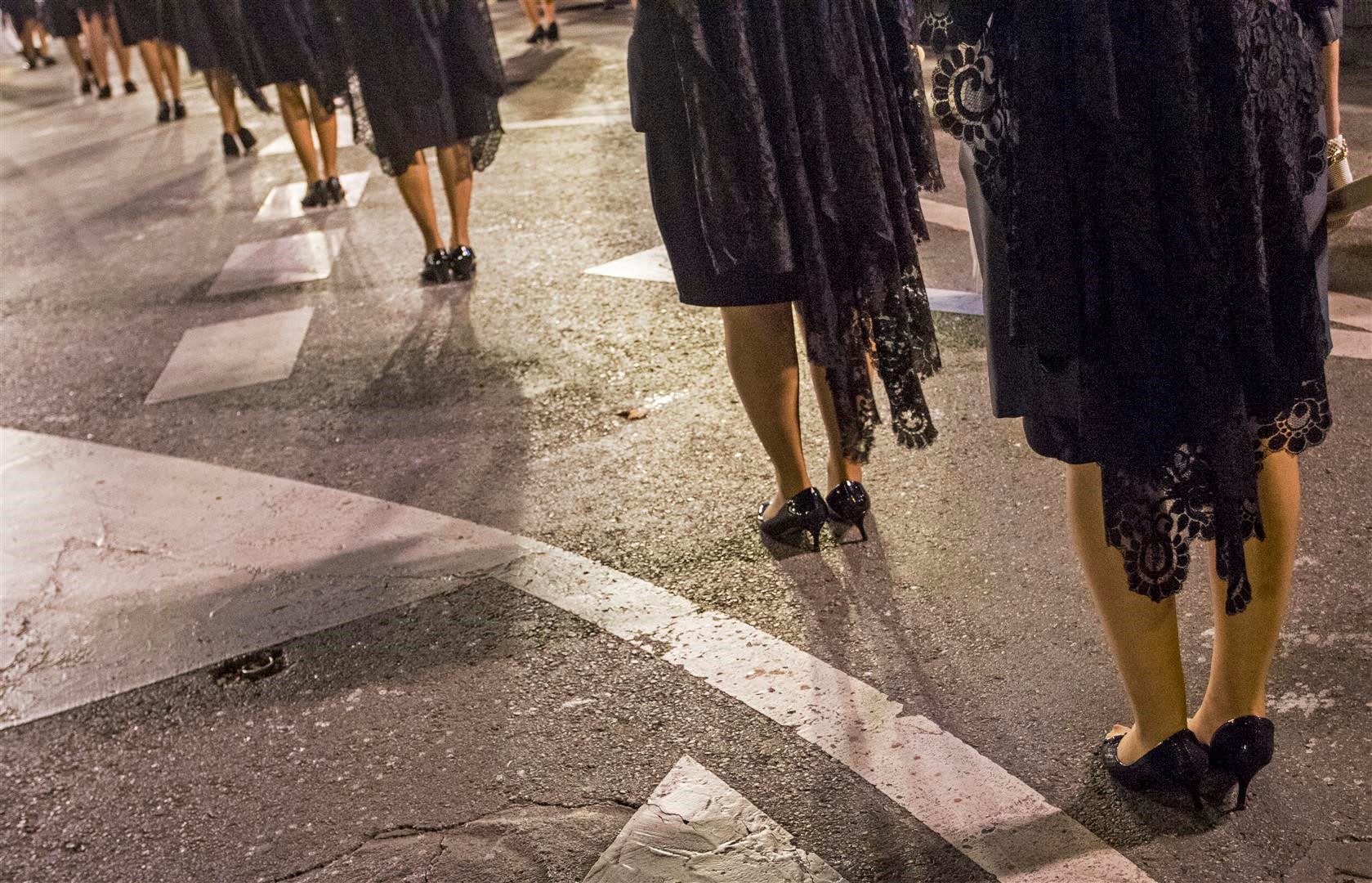 Mantillas taking part at the processions, held in Granada. 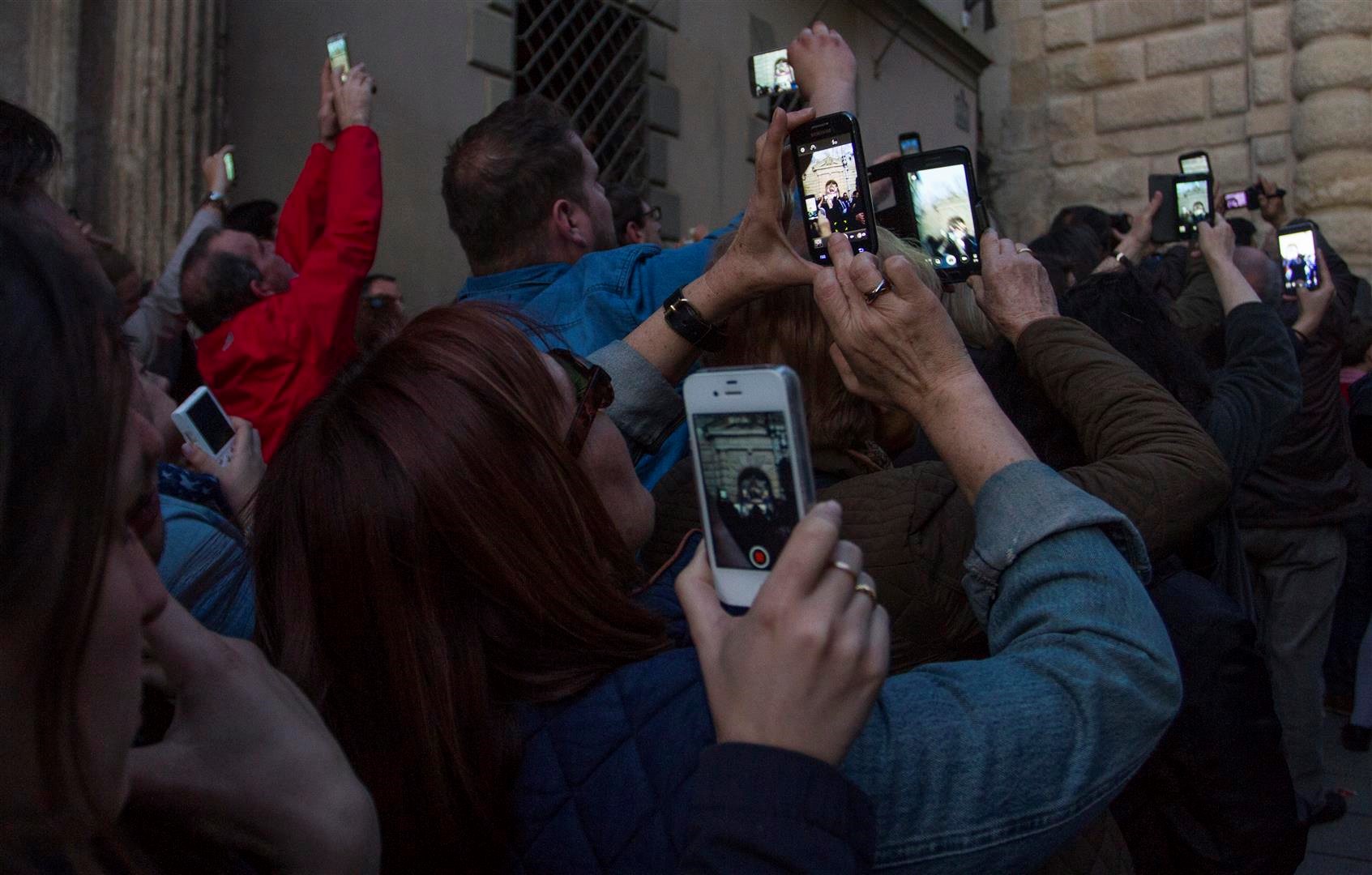 Onlookers are taking pictures of Santa Maria Alhambra. This procession draws thousands of people along the scenic roads of the Alhambra. 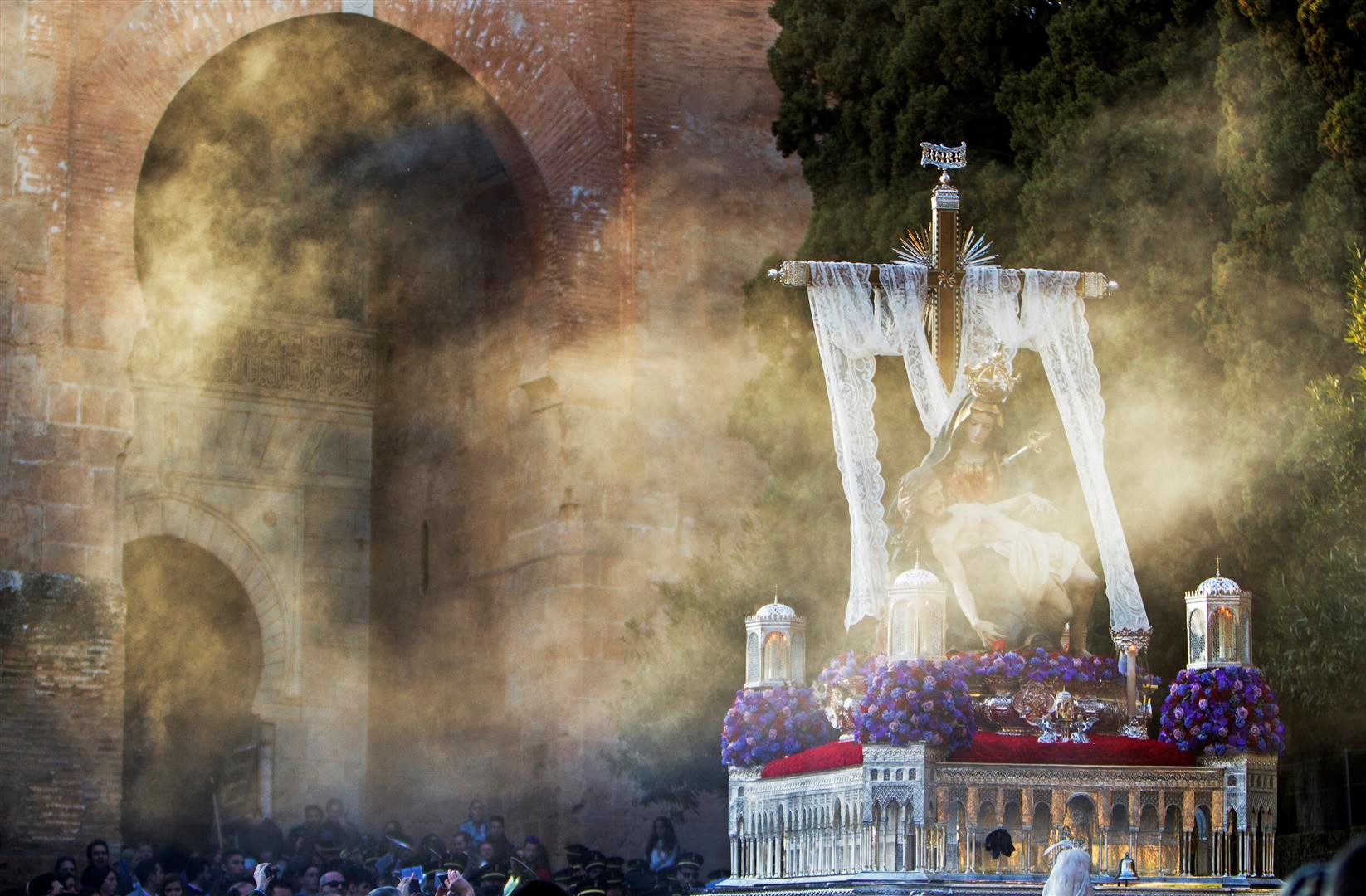 Santa Maria Alhambra passing through the ancient gates of the Alhambra. 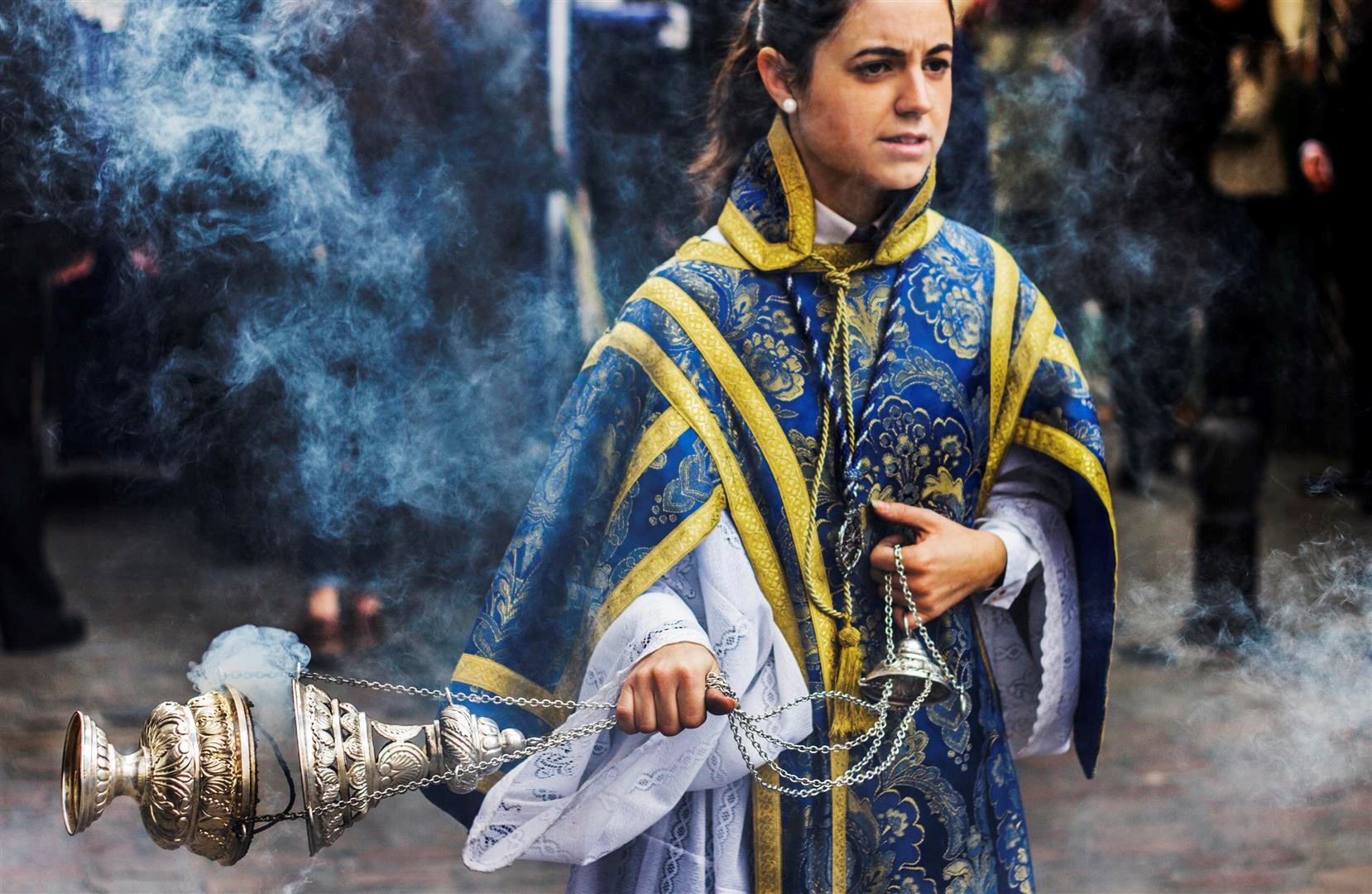 A girl is holding up a censer at one of the processions of the Semana Santa in Granada. 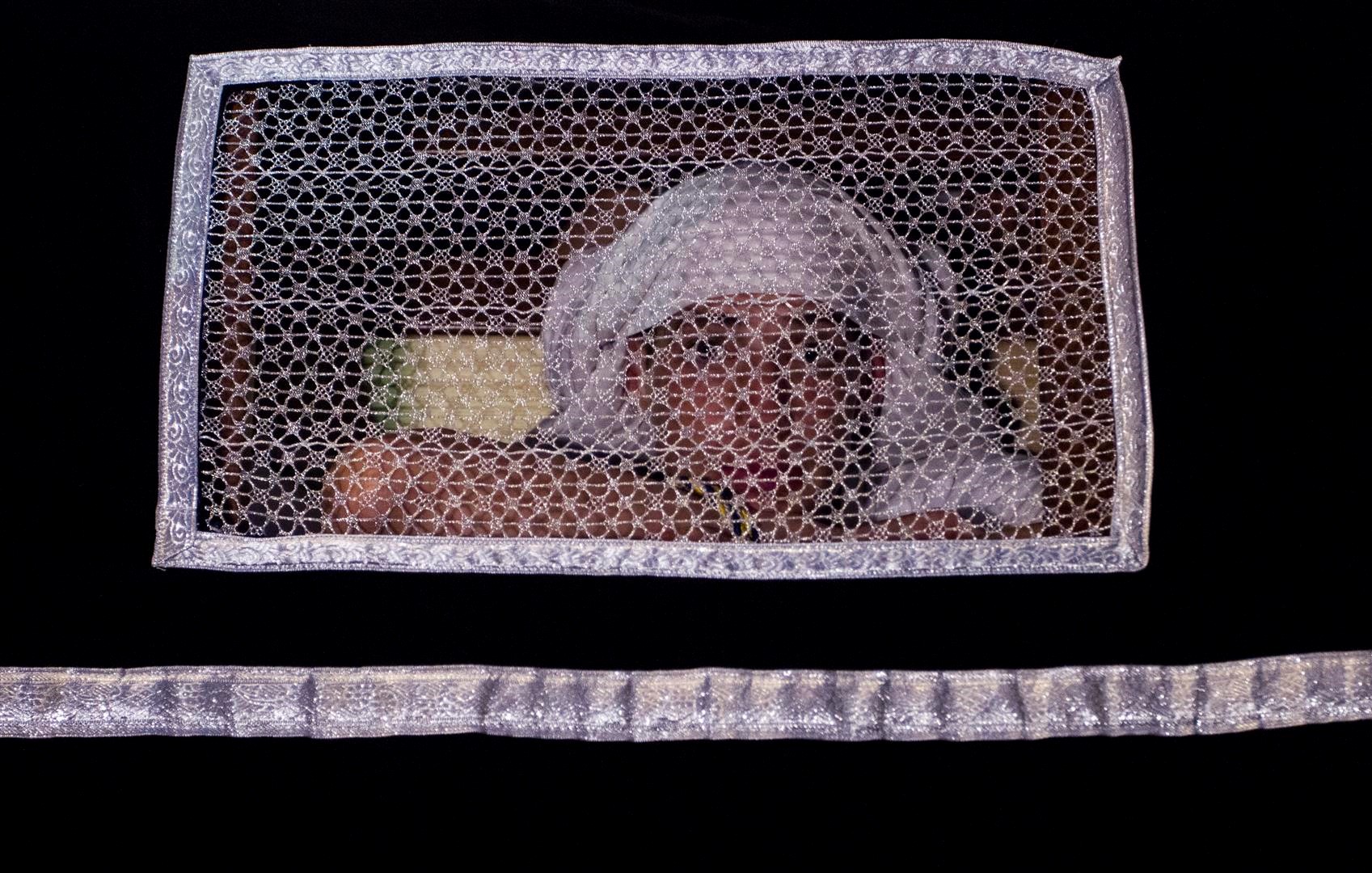 A costalero is waiting for instructions underneath a paso. Traditionally in Granada the costaleros stay hidden from the eyes. 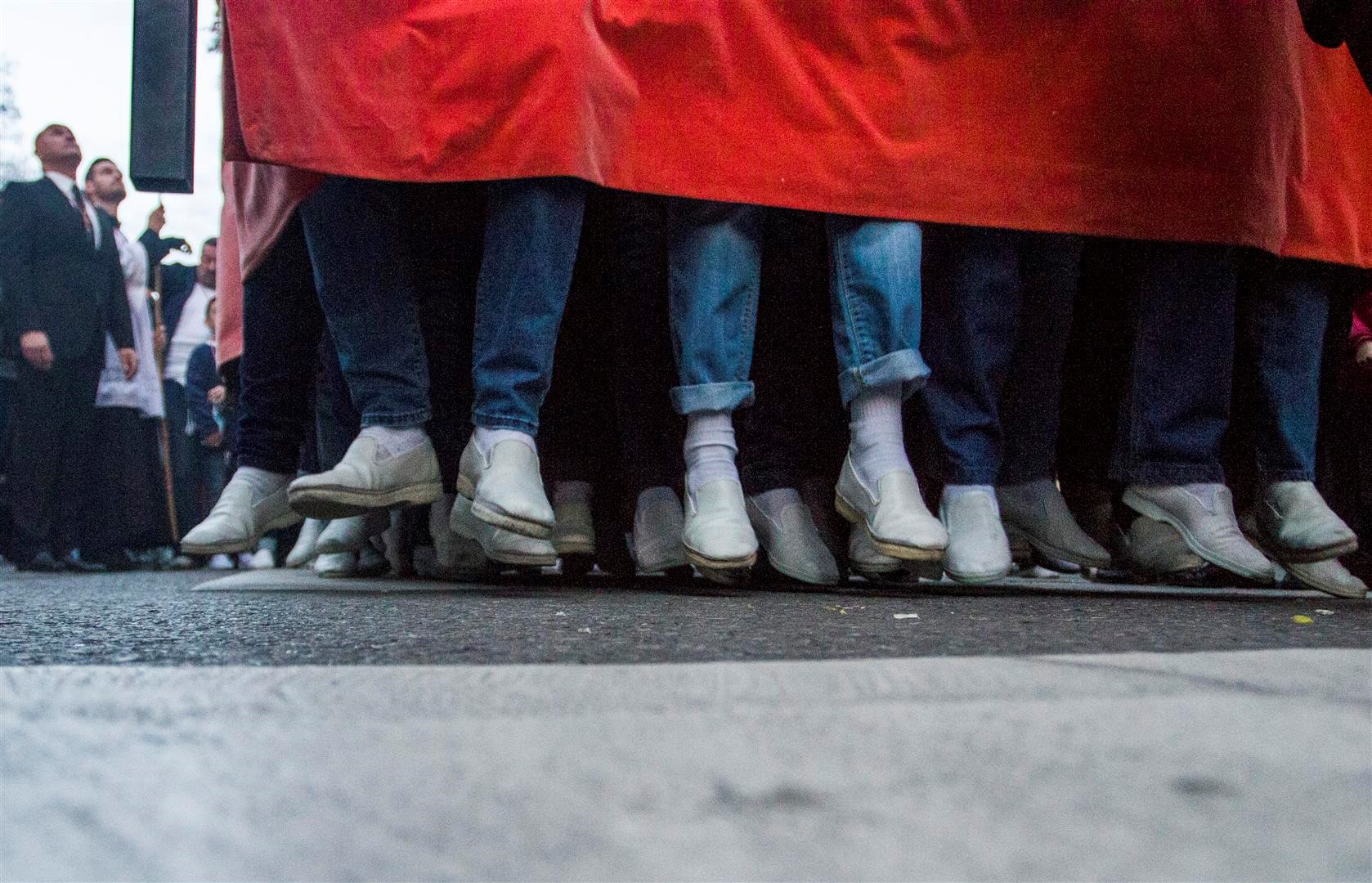 “La Levanta”, the costaleros are jumping in the air with Virgin Aurora on their shoulder. Aurora is the Queen of Albayzin, which is the one of the oldest and most famous neighbourhood of Granada. 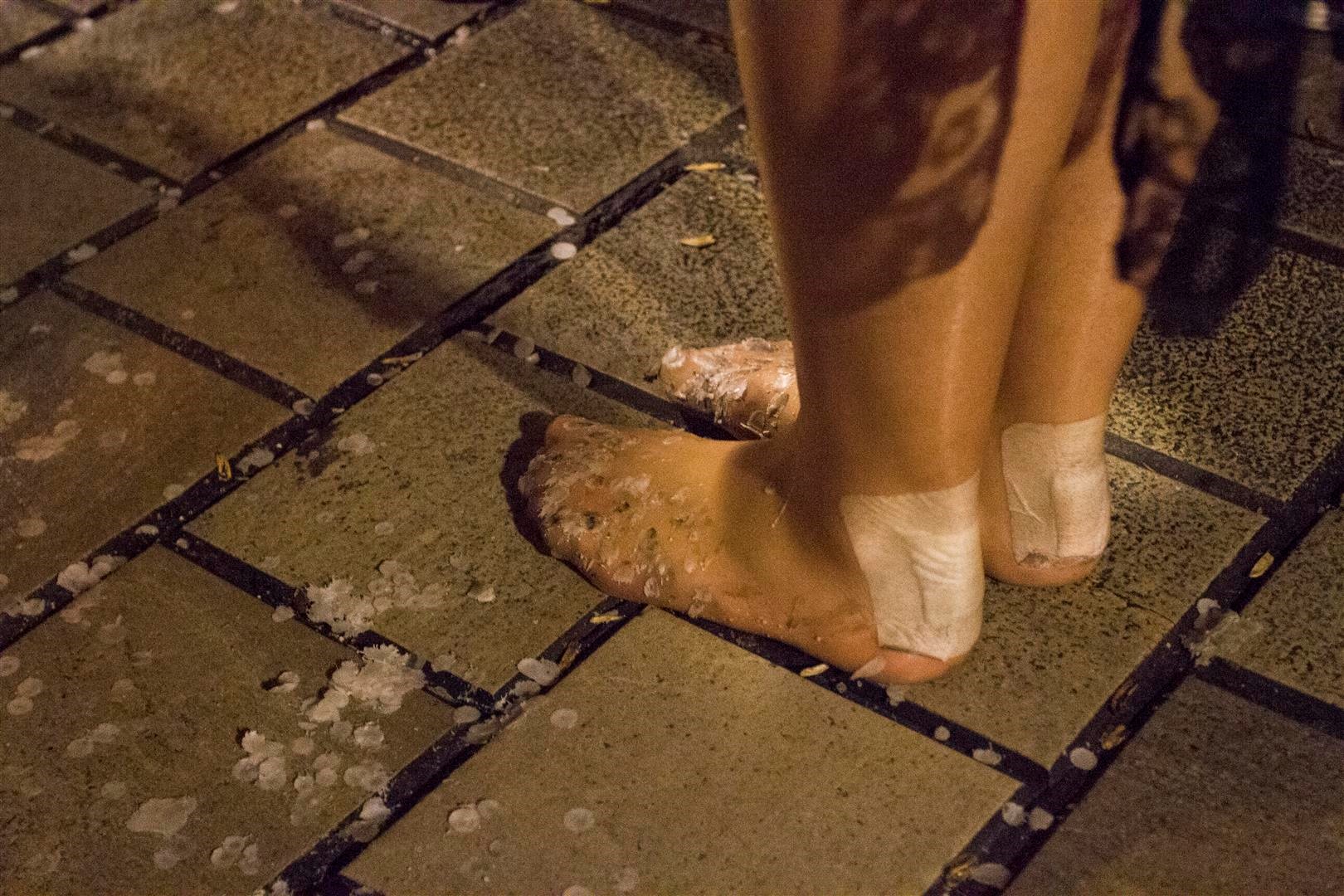 A Mantilla is walking barefoot on the streets of Granada, baring the pain of the hot wax on her feet. 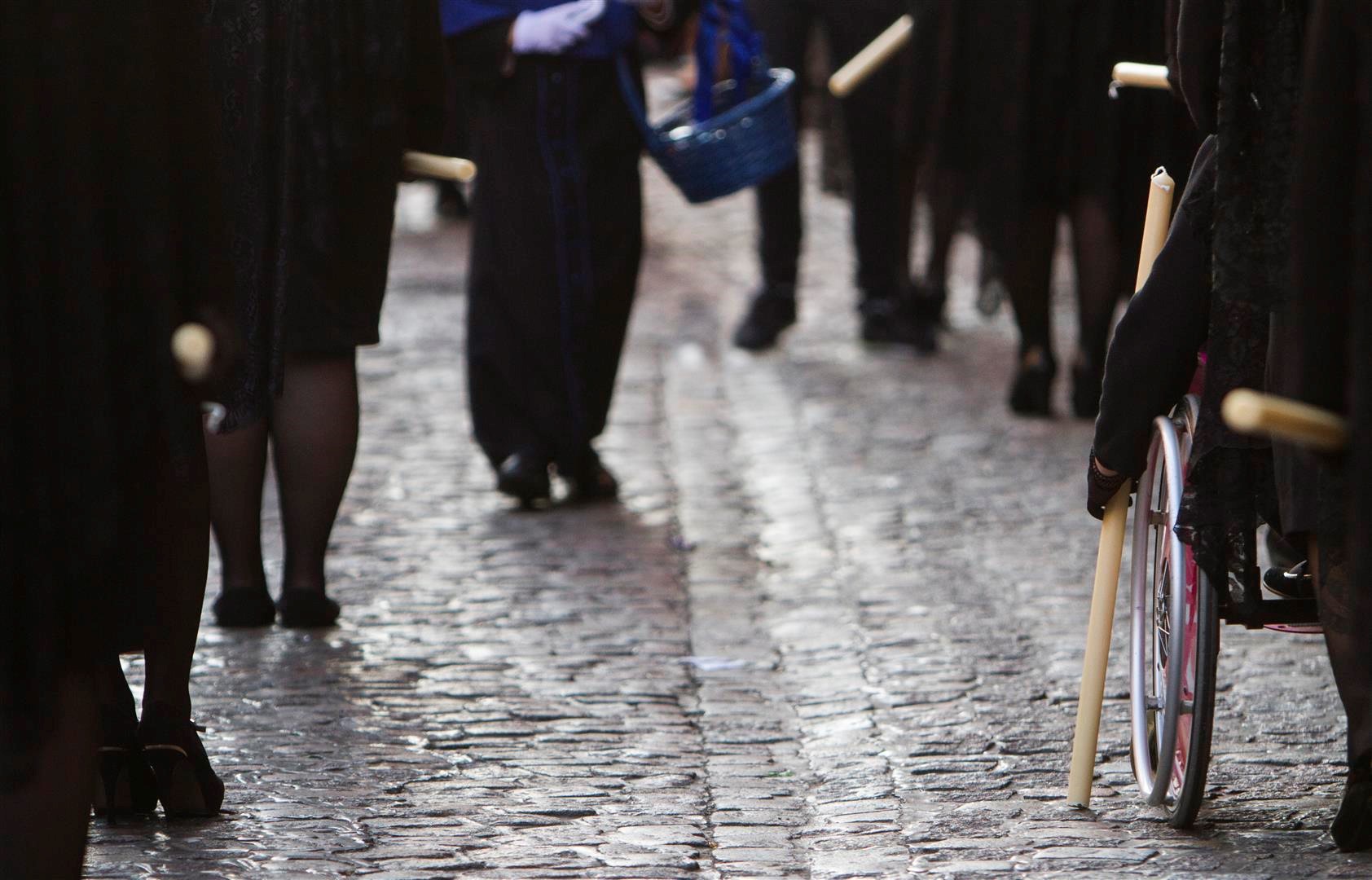 A woman in wheelchair is taking part at one of the processions of the Semana Santa in Granada. 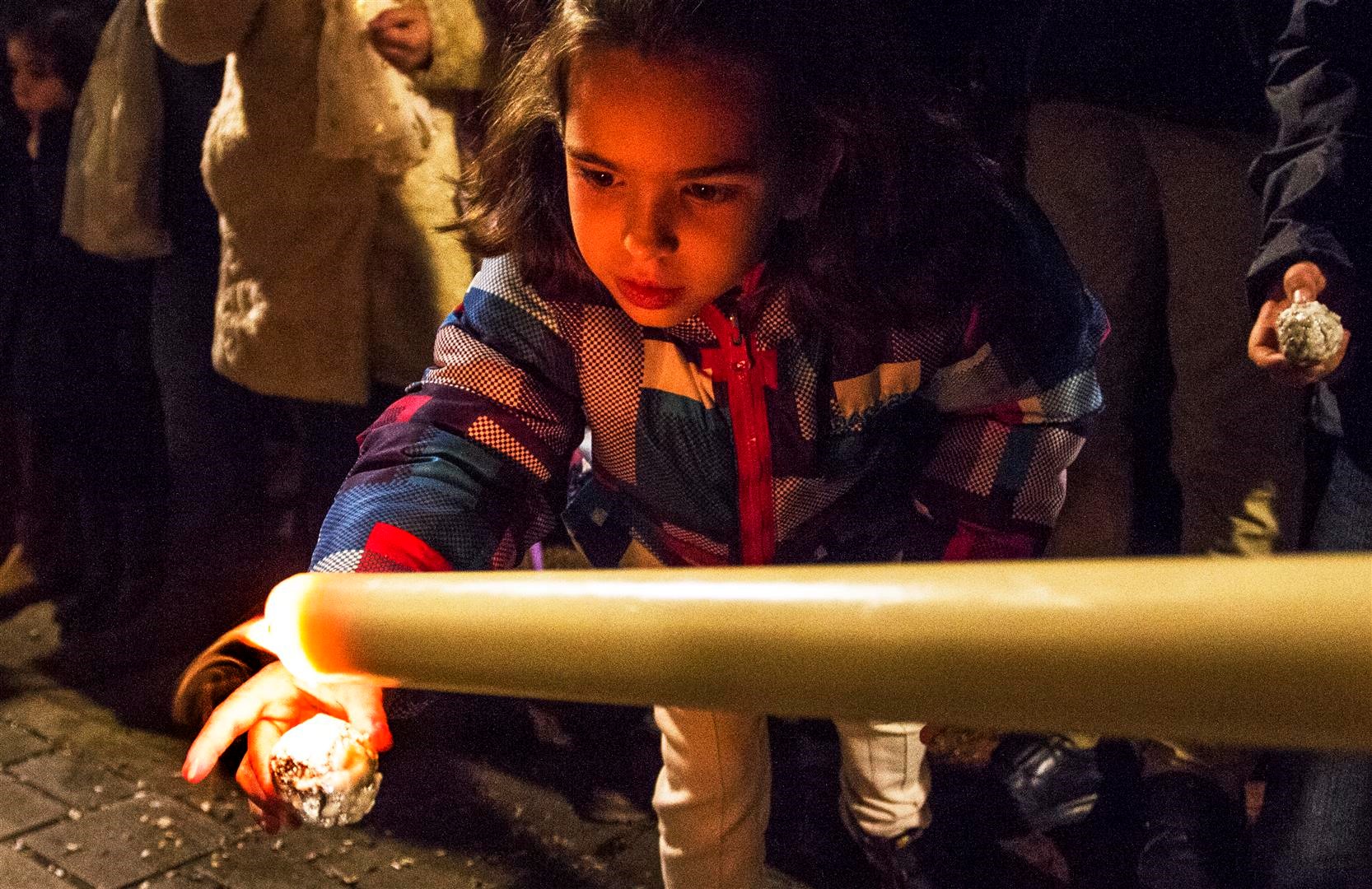 It’s a tradition, that most of the kids along the processions make a wax ball. Once a procession pauses, dozens of kids run to the mantillas. 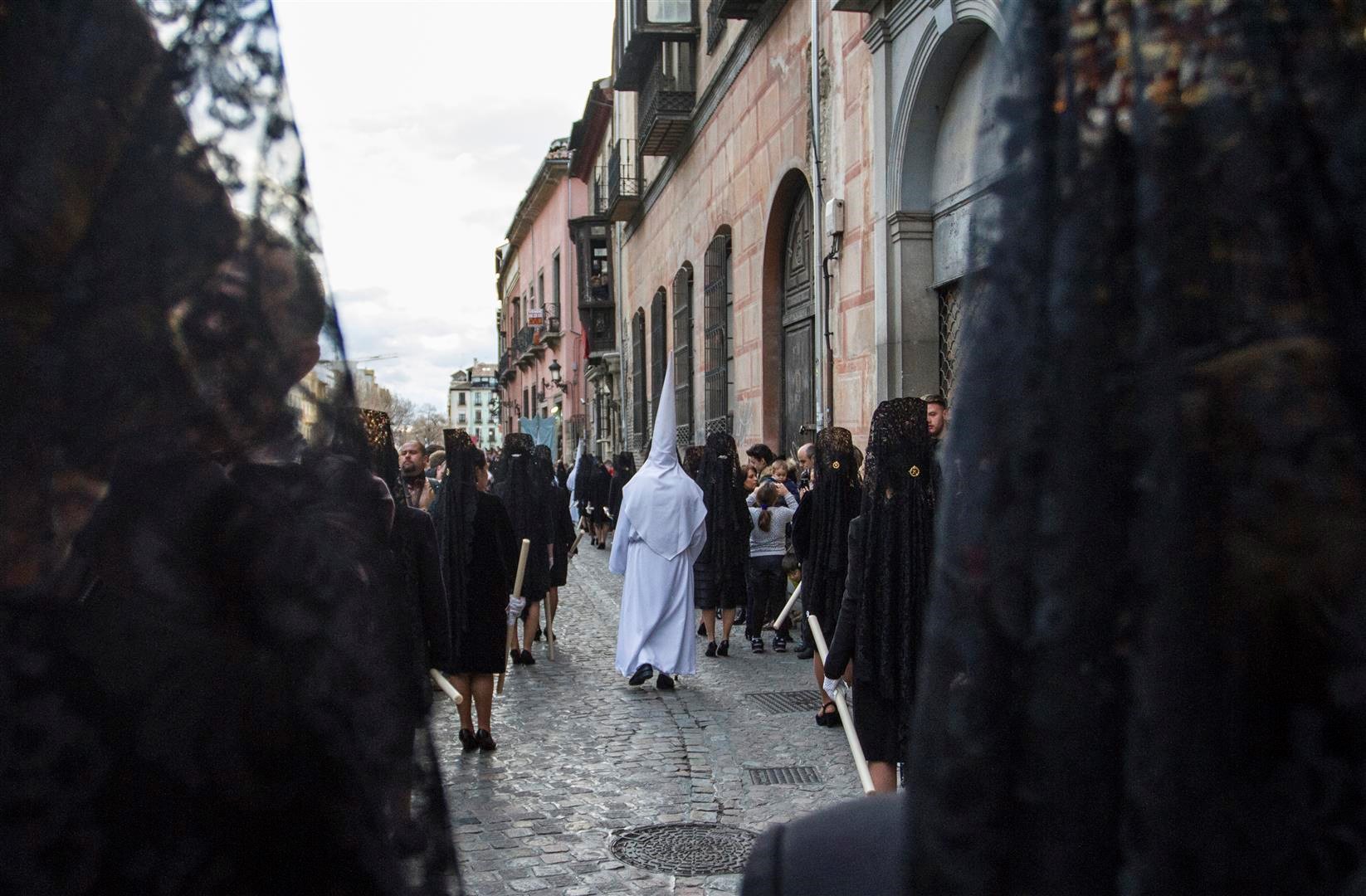 Hundreds of people gather along the river Darro, to see the processions going through the streets of Granada. 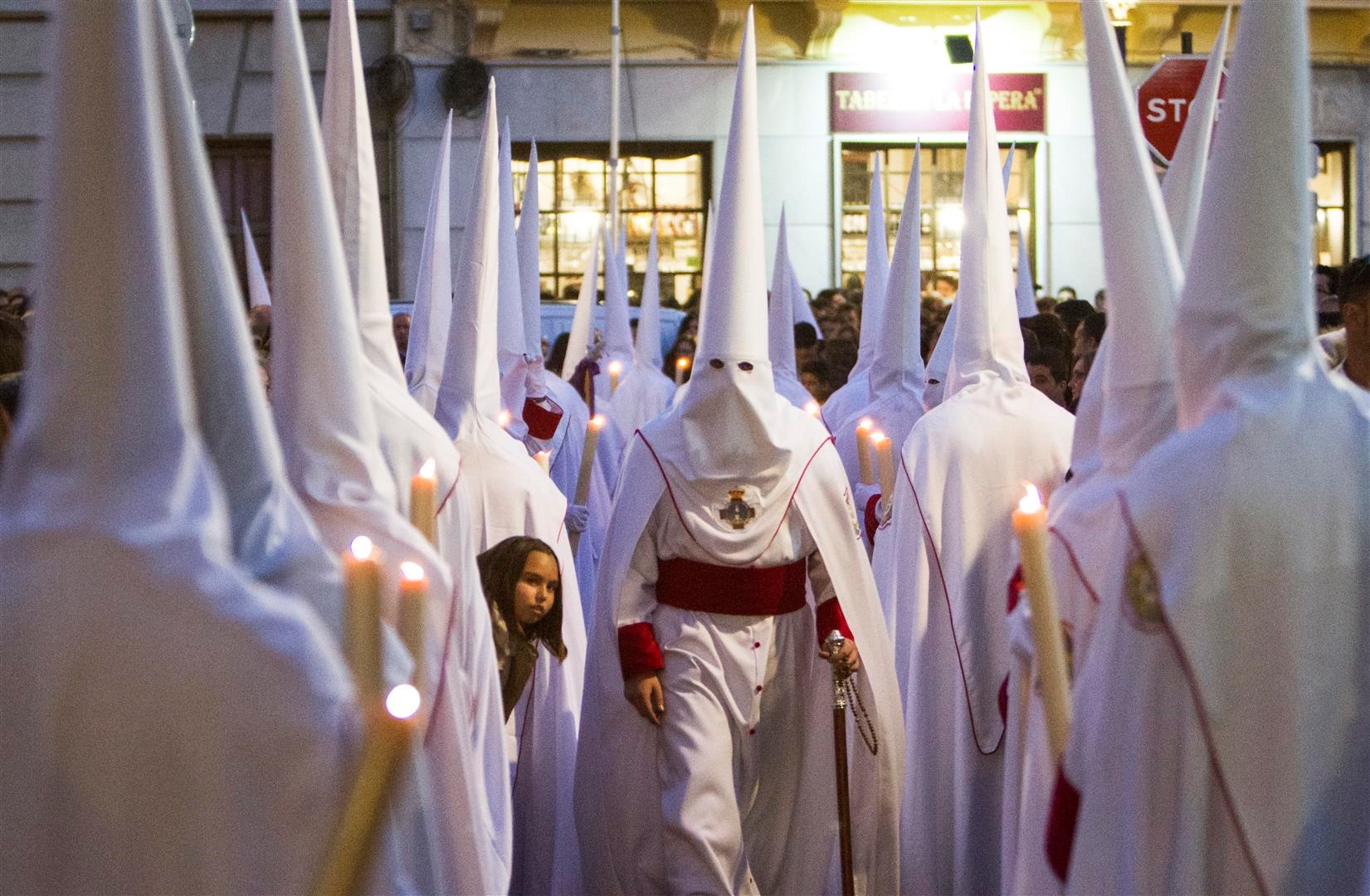 A kid is peaking out from the line of Penitentes to see the Christ, at a procession in Granada. 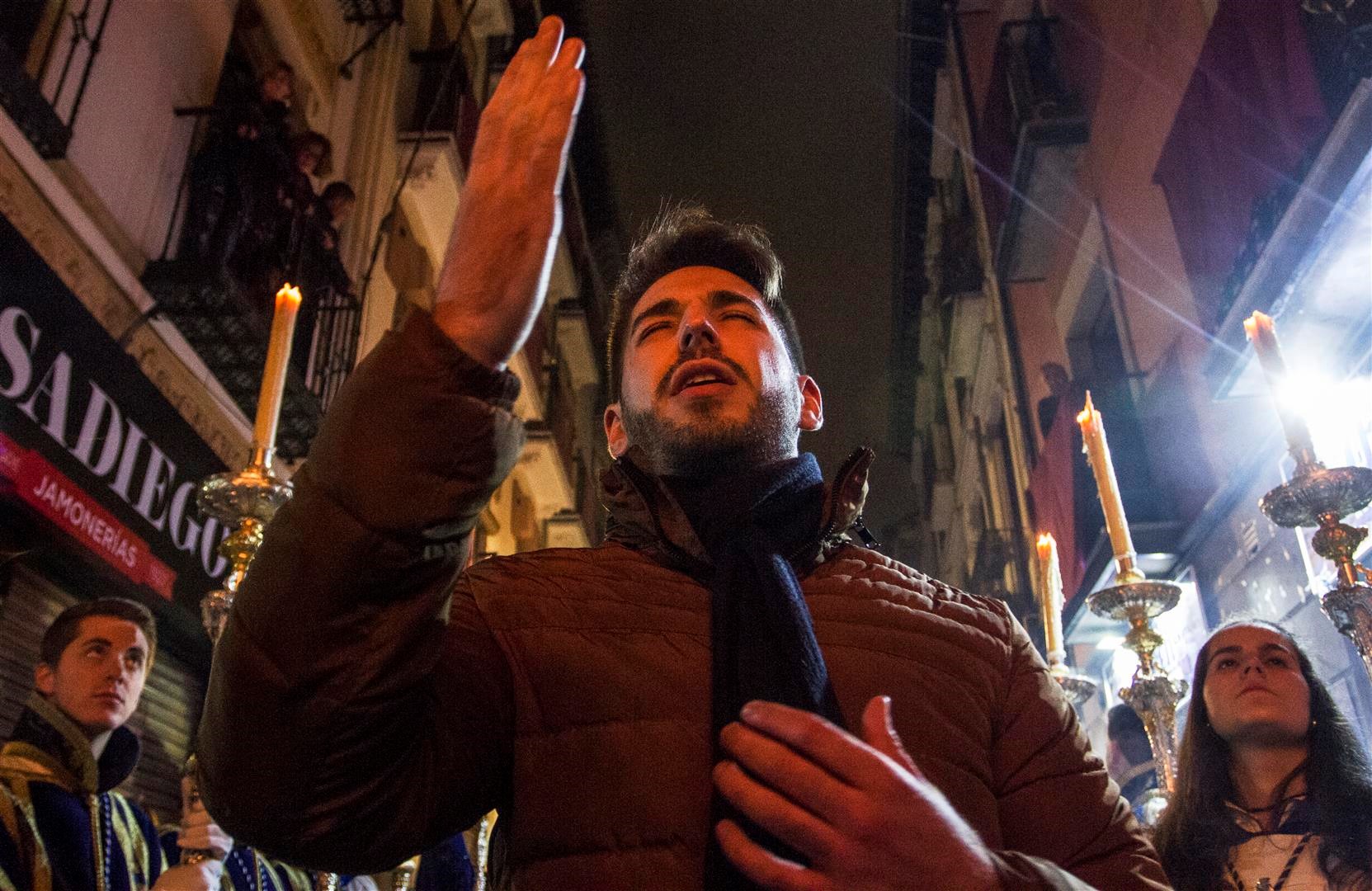 A man is singing a “Saeta” to the Virgin of Sorrow. Saeta is traditional religious prayer sang mostly at the processions of the Holy Week. 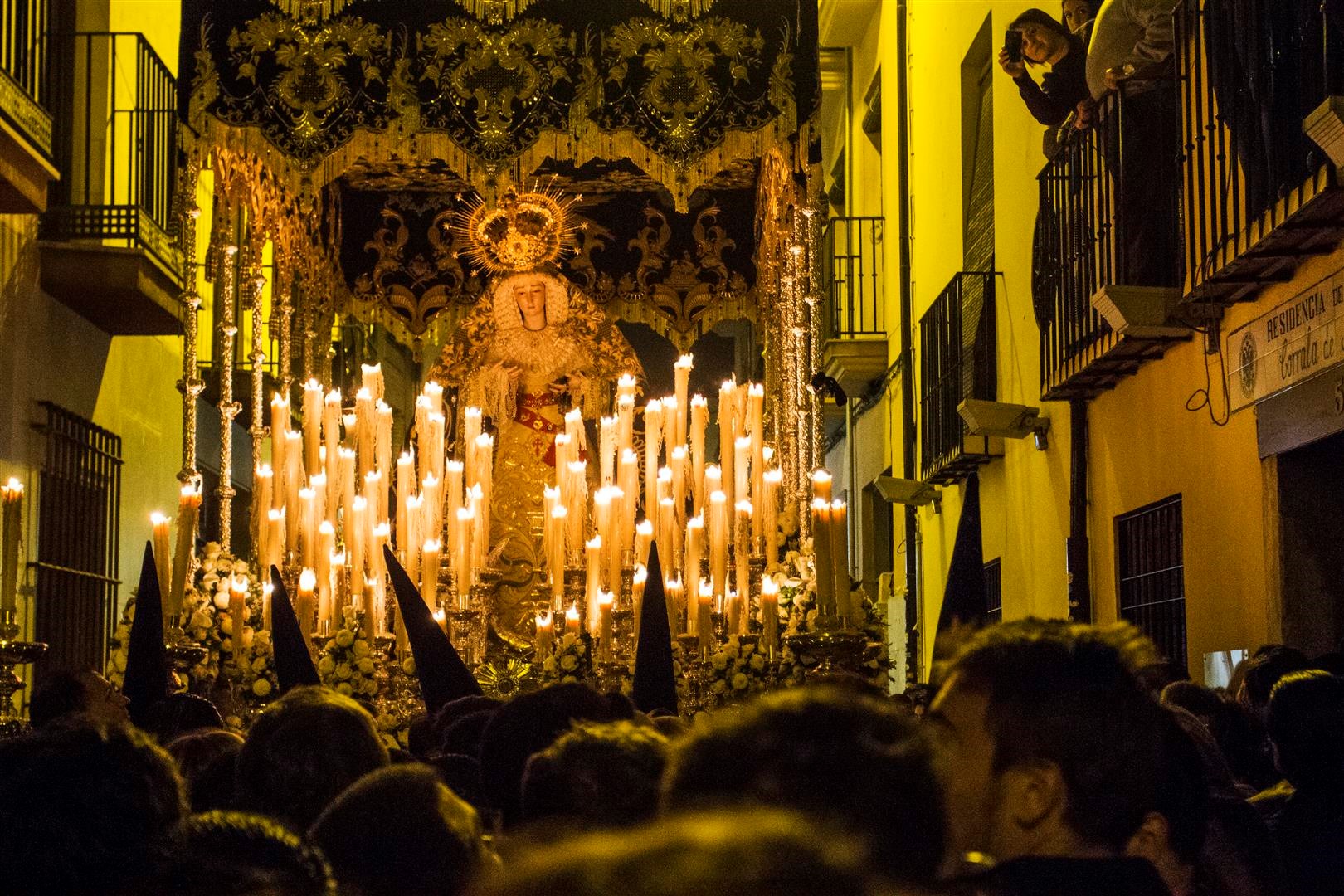 The Virgin of Sorrow on the streets of Realejo in Granada. The cofradias use dozens of candles to light up the Virgin at night time.