Despite being forced into comparative obscurity by the great literary artists of the Spanish Golden Age, of Góngora, Lope de Vega, Quevedo, and, of course, Cervantes, Federico García Lorca is undoubtedly one of Spain’s greatest dramatists and poets.

Born in Fuente Vaqueros on the 5th of June 1898, to a farmer and former school-teacher, Federico García Lorca’s childhood was shaped by the influences of his mother and the family’s servants which sparked an interest in the culture of rural Andalucía that would last into his adulthood and feature prominently in his later works.

Lorca moved to Granada with his family at the age of 11, and the vibrant, multi-cultural city would later bring Lorca into contact with the great writers and artists of the age; H.G. Wells, Rudyard Kipling, the guitarist Angel Barrios and the critic Jose Fernandez Montesinos. At 16, Lorca began his studies at the University of Granada, published his first book four years later, and the following year, in 1919, left Granada for a ten year stay in Madrid, followed by two years of travel in the United States and Cuba, before he finally returned to Spain in the autumn of 1930. 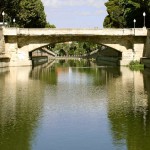 Each of the successive stages of Lorca’s travels reflect a different aspect of his work; whilst in Madrid, his work displays frustration over his homosexuality, particularly in the 1921 Book of Poems, and a combination of the traditional dramatic subjects presented through farce and tragedy. Whilst Lorca was in New York, however, there is a clear change; his plays When Five Years Pass and The Public are surrealist, although they were not published until after his return to Spain, and the poem Poet in New York is dark, clearly showing Lorca’s feelings of isolation and loneliness and the social injustice inherent in New York.

On his return to Spain, Lorca’s writing changed yet again, this time the result of the creation of a republican government in 1931, under which artistic freedom abounded. Federico García Lorca’s life was tragically short; at just 38 years old, he was shot near the villages of Alfacar and Viznar in August 1936 by the Assault Guard and paramilitary ‘Black Squad’, yet his contribution to Spanish literature was incredible.

Lorca’s most famous play, Bodas de Sangre or Blood Wedding, as it is translated in English, is based on a true Andalucian story from the village of Nijar. In 1928 the sister and brother-in-law of Francisca Cañadas Morales attempted to murder her, and succeeded in murdering Francisco Montes Cañadas, with whom she had eloped, having fled an arranged marriage to a farmhand, Casimiro Pérez Morales. Like the Bride and Leonardo in Blood Wedding, they are ambushed on the road, although in the play it is more the result of slighted honour on the part of the Bridegroom.

Blood Wedding was first performed in March 1933, just three years before Lorca’s death, but was read to his friends in September of the previous year. Though it was translated into English and French and performed in both North and South America, thus founding Lorca’s international reputation, it was not again performed in Spain for almost thirty years.

Despite the darker elements of human nature that the play portrays, Blood Wedding is perhaps Lorca’s most poetic play, lyrical and full of symbolism, on a level comparable with the Greek tragedies , the Spanish classic authors, like Lope de Vega, and, of course, Shakespeare. 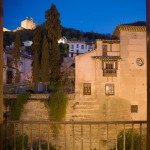 Unsurprisingly, Lorca’s legacy has been long-lasting, not least in his visible presence around the city of Granada; the Granada-Jaen airport is the Federico Garcia Lorca airport, one of the largest city parks is named after him, in which there is a museum dedicated to him, and various lecture halls in the University of Granada are also named for him. Outside of Granada, he has a statue in Madrid, and the Lorca Foundation sponsors the production of his works, as well as the construction of the Lorca Centre in Madrid.

Lorca’s works have been translated into numerous languages, and continued to be performed world-wide. Furthermore, artists from Russia to North America and from Vietnam to Mexico have taken Lorca as inspiration for their own creations; the Spanish poet Antonio Machado wrote El Crimen Fue en Granada about Lorca’s death, Leonard Cohen’s song Take this Waltz, a translation of Lorca’s poem Pequeño vals vienés, reached number one in Spain in 1986, whilst films and plays have also been based on Lorca’s life and death.

After Lorca’s murder his body was never recovered, and his final resting place remains unknown to this day. However, in recent years excavations have begun to exhume the bodies of the men executed with Lorca, at the request of their families. Despite the Lorca family’s long-standing opposition to the poet’s exhumation, as recently as two years ago they gave their consent and last year gave their permission for family DNA to be used in identifying Lorca’s remains.

Next year will see the seventy-fifth anniversary of Lorca’s death, but regardless of whether or not his remains are ever found – conspiracy theorists have postulated that the family made a deal with the Francoists to secretly recover and inter his body privately, Federico García Lorca’s legacy will doubtless continue for years to come.

In 1986 Lorca’s natal home in Fuente Vaqueros (just15km from Granada) was restored and opened to the public. It is still run as a museum by the Patronato Garcia Lorca with a permanent collection as well as many activities organised throughout the year. For more information check out www.patronatogarcialorca.org

Round swan on the river,

Eye of the cathedrals,

False dawn amongst the leaves

Am I; they shall not escape!

Who is hiding? Who is sobbing

In the thick brush of the valley?

The moon places a knife

Abandoned in the sky,

That is a leaden ambush

And longs to be the pain of blood.

Horsey’s hooves are red with blood.

Deep inside his staring eyes

Down they went to the river bank,

Down to the stream they rode.

There his blood ran strong and fast,

Faster than the water could. 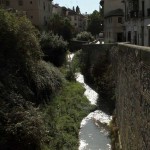 Under the gypsy moon,

all things are watching her

and she cannot see them.