Researched and compiled by Luke O’Donovan

Bureaucracy is not the only hurdle to setting up a business in Spain, its often the language that causes just as much trouble for a “guiri”. Over the years there have been some highly entertaining linguistic gaffes made by businesses looking to expand into the Spanish market:

Automobile company Chevrolet maybe could have done with a bit more market research before their Nova model was released into the Spanish market.  Translated literally, its name means “star” but when spoken it sounds like “no va” which means “it doesn’t go or no go!” 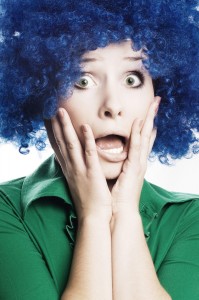 Evite. For English speakers, this might look like what it is: e-invitation. But the first thing some Spanish speakers will see is the formal command for AVOID.

Kagome Founded in 1899 by Ichitaro Kanie, a Japanese pioneer in tomato cultivation, Kagome has grown to become the largest producer of Japanese tomato products and a major producer of other fruit and vegetables. Unfortunately, to a Spaniard, it sounds  extremely similar to “cago me” or “I shit myself”

Brewer Coors put its slogan, “Turn It Loose,” into Spanish, where it was read, to the amusement of the Spanish, as “Suffer From Diarrhoea ”

American chicken company “Perdue’s” slogan is, “It takes a strong man to make a tender chicken,” their attempt to translate into Spanish could have been done with a bit more care, A photo of Perdue with one of his birds appeared on billboards with a caption that explained “it takes an aroused man to make a chicken affectionate”

When American Airlines wanted to advertise its new leather first class seats in the Hispanic market, it translated its “Fly In Leather” campaign, a little too literally, which meant “Fly Naked” (vuela en cuero.) in Spanish

An American T-shirt maker in Miami printed shirts for the Spanish market which promoted the Pope’s visit. Instead of “I saw the Pope” (Yo vi el Papa), the shirts read “I Saw the Potato” (Yo vi la papa).

Dental product giant Colgate can cause a few smiles among the Spanish speaking population, with their famous brand name interpreted to mean “hang yourself” (from the verb colgarse – to hang oneself)

Japanese automaker Mitsubishi Motors has a sport utility named Mitsubishi Pajero. The original intention was to call the car after a South American wildcat, but the company’s failure to check other uses of the word(widely used as a slang term for w@n*er) caused many chuckles. In the Americas and in Spain, the vehicle was rebadged as the Montero.

However it is not just “extranjeros” that are guilty of such blunders, a few Spanish brands could have been wiser with their choice of brand name as English speaking tourists pack the cities and towns: 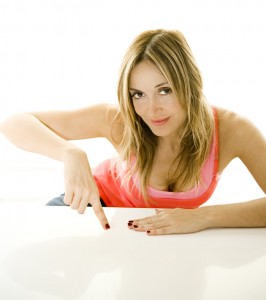 Just do what it says on the tin! OK!

“Hornimans Tea” – Spanish buyers of this well known tea brand may be unaware of its altogether different English euphemism.

It must be said though, that these mistakes pale in comparison to some other unfortunate product names and translations from around the world, here are some of the best:

The Coca-Cola name in China was first read as “Kekoukela”, meaning “Bite the Wax Tadpole” or “Female Horse Stuffed with Wax”, depending on the dialect. Coke then researched 40,000 characters to find a phonetic equivalent “kokoukole”, translating into “Happiness in the Mouth.”