Christmas is a deeply religious holiday in Spain. Christmas season officially begins December 8, the feast of the Immaculate Conception. 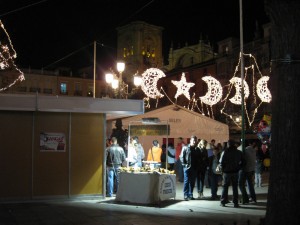 On 22nd December Spanish people never stray far from a TV or radio in this day because is the Día de lotería de Navidad (Christmas lottery). Everybody in Spain buys tickets for this lottery in the hope of winning El Gordo (the fat one) and the winning number usually means that a good number of people from the same village become a lot better off overnight. Besides the big three prizes there are thousands of smaller prizes shared by people all over Spain.

Christmas Eve is known as Nochebuena or “the Good Night.” It is a time for family members to gather together to rejoice and feast around the Nativity scenes that are present in nearly every home. Traditional Christmas treats are Mantecados (traditional sweet made mainly from lard), polvorones (almond cakes), and turrón (candy made from almonds and honey) . After the meal, family members gather around the Christmas table and sing Christmas carols and hymns of Christendom using panderetas (tambourines often of wood or plastic, with pairs of small metal jingles). The rejoicing continues through the wee hours of the morning. An old Spanish song says… 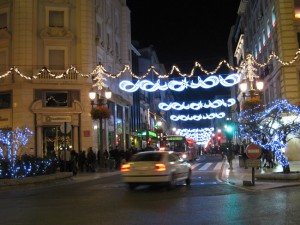 There are many different ways to celebrate New Year’s Eve, or Nochevieja which means ‘The Old Night’ in Spain, but there is just one tradition which everyone takes part in. If you want to be part of this custom you must buy 12 grapes and be ready to eat them when the clock strikes midnight. If you can eat one grape per chime you can look forward to a year of happiness and luck. Spanish people usually eat the 12 grapes at home with their families or go to one of the main city squares.

The night of January 5th the Wise Kings (Los reyes magos)go into the homes of all children leaving their gifts. The children of Spain receive gifts on this night. The Kings are particularly revered in Spain. They are called Melchior, Gaspar and Balthazar. It is believed that they travel through the countryside reenacting their journey to Bethlehem every year at this time.

Children leave their shoes filled with straw or barley for the tired camels that must carry their riders through the busy night. By morning the camel food is gone and in place of the straw or barley are presents. Shoes also may be placed on balconies on this night in order to the Wise Men will fill them with gifts.

“The legend of the “Tres Reyes Magos” tells of the three Wise kings traveling through the country on their way to Bethlehem. To properly receive them, the children fill their shoes with straw on Epiphany Eve. For their efforts, they find their shoes filled with presents the following (Epiphany) morning. Spanish children have a great fondness for the three Wise men, especially Balthazar”. 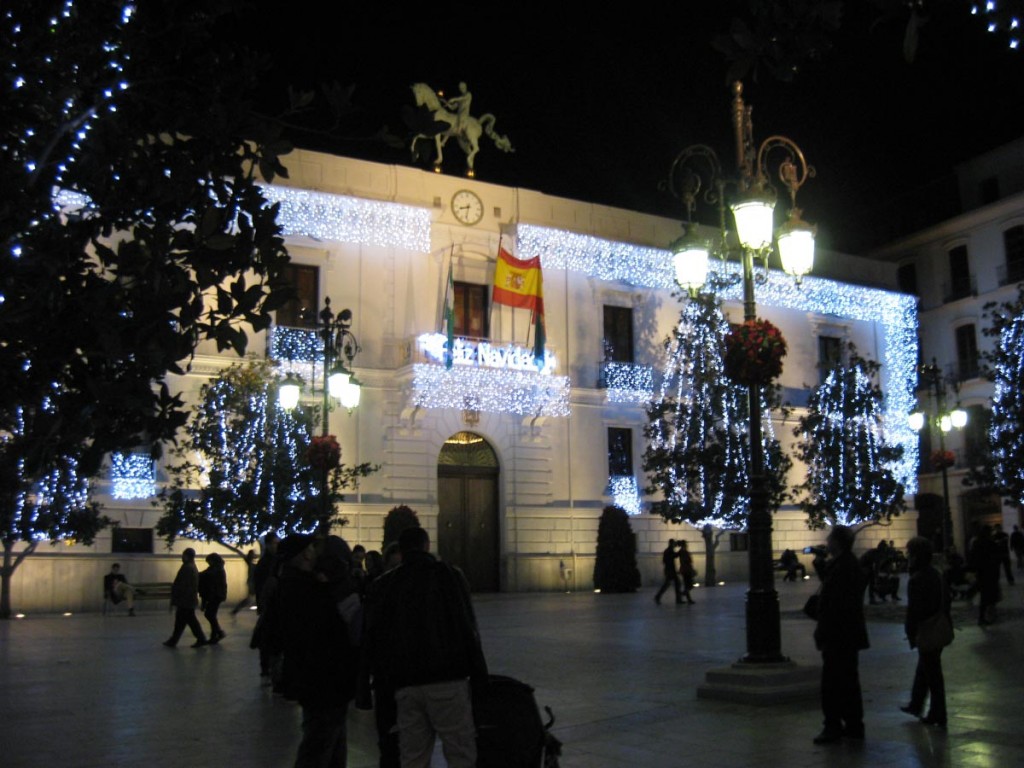