When one thinks of Spain, one of the first things that comes to mind – along with sun, sea and sangria, is bullfighting. A controversial issue; it is, rightly or wrongly, an intrinsic part of the Spanish culture.

An exact date for the start of bull-fighting in Spain is near impossible to give, and sources are inconsistent – some say it began in the 13th century, other sources give a more conservative estimate of over two hundred years ago. It is probable that the very first origins of bull-fighting began in Ancient Rome, where public fights between animals and men were common-place and spread to the Iberian Peninsula through the expansion of the Roman Empire.

Initially, bull-fighting in Spain was performed on horseback by the aristocracy to demonstrate their superiority. Over the centuries, however, it has become a more accessible activity and to become a bullfighter requires dedicated study and can now be a lucrative profession in itself.

At present several opposing government initiatives surround bullfighting; in Cataluña, its abolition is being debated, whilst elsewhere, there is a movement to declare it “Bien de Interés Cultural”– literally, good for cultural interest. There is also a movement in Madrid to have UNESCO declare “La Fiesta de los Toros Patrimonio de la Humanidad” and thus protect it on a world wide scale. 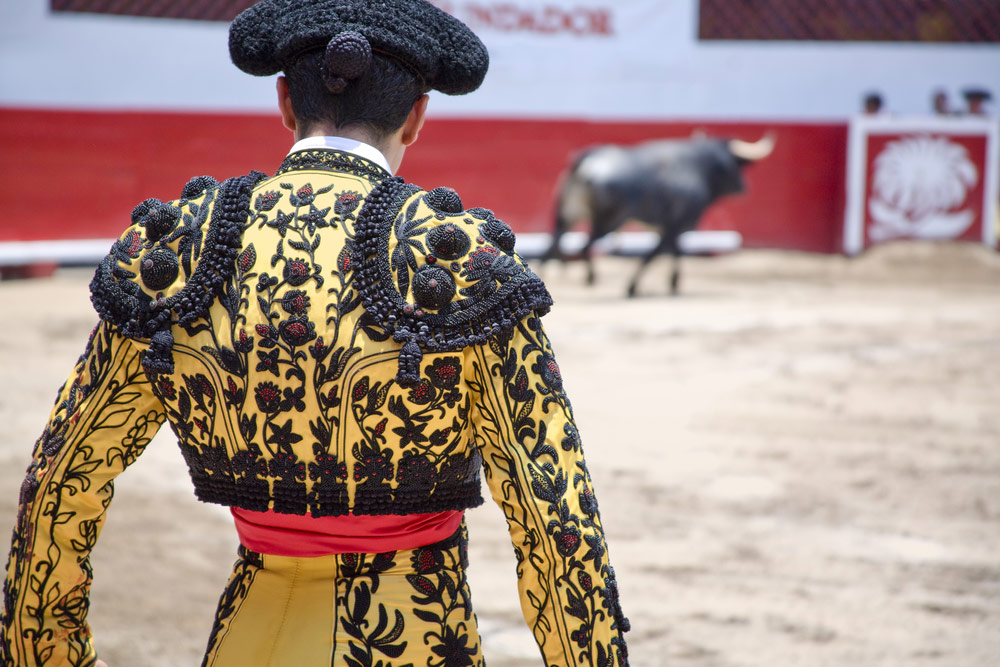 The Controversy of Bullfighting in Spain

Understandably, much controversy surrounds bullfighting; some condemn it as a brutal blood sport that should be abolished, others argue that it is an art form and such an important aspect of Spanish culture that to abolish it would not only be disregarding a prominent aspect of the Spanish tradition – one that must be protected, but also acting against the freedom of choice.

The arguments for the prohibition of bullfighting are many, and perhaps far more compelling than those in its favour; it is a cruel blood sport, it goes against animal rights, is only permitted through a legal loophole expressly exempting bullfights from the laws of animal protection, and it has been banned many times before. To the contrary, there are the arguments of culture and tradition, the importance of free choice, and the economic importance of bulls, which is shaky at best.

Although the death of the bull is as swift as possible and a matador is booed if the death appears unnecessarily prolonged, there can be no debate that the bull does suffer – a fact even ex-matadors recognise. While a quick death may be applauded, the first two stages of the bullfight are designed to weaken the bull and cannot be seen as anything other than torture. First, the bull is stabbed in the back of the neck by a lance from mounted picadors, and then stabbed in the shoulders with barbed sticks by banderilleros.

Animal rights activists frequently protest and demonstrate against bullfighting; just this year the Fundación Equanimal organised a protest in which they were naked and smeared with blood. However, if bullfighting is banned on the basis of animal rights, surely then fishing and the use of insecticides should also be banned, as should wearing leather and eating animal products.

Despite the long tradition of bullfighting, the most convincing argument in its favour is that to prohibit it would eliminate the possibility of free choice; even those who do not like bullfights do not agree with their prohibition for this very reason. Many fans of bullfighting claim that people are against it simply due to a lack of understanding.

Which, then, is the more accurate description of bullfighting; is it a blood sport or an important tradition? For this journalist, while I see it as cruel, I would hesitate to agree with the prohibition of bullfighting; I’d rather be able to make my own choice of whether or not to attend the “Corrida”, than to have the decision made for me.