Granada On: Granada Off The Beaten Track, urban explorations in Granada, Andalusia, Spain 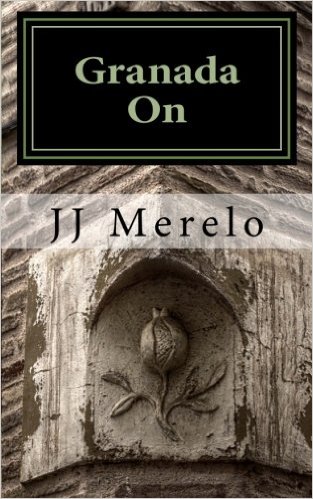 The really is the type of book that I wish that I had written myself. This is a real insider’s look at the intracacies, the contradictions and some of the things that make Granada such a mesmerizing city. Written by JJ Merelo who has been living in Granada for over 30 years, it is safe to assume that he has probably encountered his fair share of the famous Grainino mala follá, but that through the decades he has discovered a lot about what makes Granada tick.

This is ostensibly a guide book to Granada and it does indeed function as such. However, it is far more than your average guide book, more than a sentimental ode to Granada. This type of book needs a new genre created to find a suitable home in a library or book shop. How would you classify a book that is like having a conversation with a good friend in a bar, him telling you some of the deeepest secrets of one of the world’s most enchanting city, while at the same time pointing out all of the bat-shit craziness that comes to pass.

One of the things that I enjoyed a lot, is that from the very beginning Merelo encourages us to read it as we wish, to skip from chapter to chapter or as the author puts it, “feel free to hop-scotch through the book”. Ok from here on I am going to call him JJ, I have never met him but after spending an evening with his book, I know him now, if that makes sense.  It was still in the introductory chapter where JJ really hooked me in,

“Use this book as a path for creating your own narrative of the city, as a conduit for having epiphanies in some lost alley or corner that will anchor your recollections and that will help you meet yourself.”

There is no part of that sentence that I don’t want. Show me the Epiphanies!

In fact the initial chapter that I decided to hop-scotch to, was entitled: Water. I went there out of curiosity, how is he going to write a chapter about water (and make it interesting?) coming from Ireland I thought I knew a thing or two about water, sure we have plenty of it there don’t we. But he managed to open my eyes to a lot of things that I had taken for granted or  previously just not thought about when drinking the water of Granada. Un vaso de agua is never going to taste the same again.

When checking out the table of contents there really was a lot of the chapter titles that caught my eye. “Buskers, street artists and flashmobs“, Haunted mansions” , “Brothels and whorehouses” and of course an early chapter “Off limits“. *Spoiler alert* JJ is probably going to tempt you to check out what the Lonely Planet  might consider “off limits”.

I could write another thousand words or so, but there is only really one way that I can the author justice. That is to advise you to click the link below, buy the book and if you happoen to meet JJ around town make sure to buy him a nice glass of wine on my behalf.

Finally I hope that the narrative that you write for yourself while in Granada is a good one.