Please note that this is a slightly older post and while the general sentiment is all still perfectly relevant regarding Jobs and work in Granada the details might need to be updated. If you know of any jobs in Granada, Spain in 2017 or into the future please get in touch and let us know how people can apply for all work and internships in Granada: info@granadainsider.com 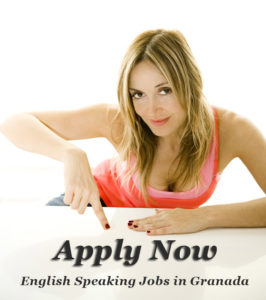 Are you an English speaker looking for a job in Granada?

In this post I am going to outline some of the types of jobs foreigners prefer in Granada. How to get them and what you might expect from them.

None of the following is based on factual accuracy, statistics, nor should you ever quote me. Most of my research is carried out through informal discussion with other expats and foreigners that are living and working in Granada. Usually these chats have taken place in a bar and I have found that a lot more workplace truths are exposed once the tongue is loosened after a couple of drinks.

1. Teaching English in an Academy

There are numerous language academies and centres in Granada and the surrounding suburbs. This is the number one on my list as it seems to be by far and away the most common entry-level job when foreigners first arrive to the city. Naturally some academies are better employers than others and will pay better and treat their staff better. Like most cities that I have encountered the large academies tend to have a high turnover of staff.

Things to remember: September / October and January / February are usually the best times to look for this type of work and academies hire as the new students are sighing up.

Pay: There can be some variance, but usually somewhere from €8 – €11 per hour, starting off.

Tip: Don’t be afraid to look a little bit outside the city centre, while in the suburbs there may be greater travel time, the academy will often compensate for this with better pay / conditions / loyalty.

Clearly teaching private lessons has one major benefit over working for an academy. You, the teacher get to set the price of the class and you get to keep all the money that the student pays. There is also more flexibility as to the hours you work and where. However there are a number of negatives as well. Firstly, how to find students. Class materials, a suitable learning environment, stability.

Things to remember: Most that have been in the teaching game awhile will gradually build their number of private classes. It is probably a good idea to start in an academy and progress to private classes once you have experience under your belt.

Pay: Good teachers, should not be underselling themselves. While there may be posters in the streets advertising english classes for €5 an hour, this is ridiculous. €15 an hour should be something of a minimum. Remember for each hour teaching their will be preparation and travel as well.

Tip: Build up a list of loyal students and don’t be afraid to ask your students and fellow teachers for referrals.

3. Working in a bar / restaurant

While there is a seemingly thousands of bars and restaurants dotted around Granada, there are also a huge number of people looking for work in these establishments. Many of the smaller bars in Granada tend to be family run and it is not uncommon that their workforce are made entirely of, wives, children, brothers, sisters, cousins etc. In the bigger bars and established chains, demand is high for jobs and conditions are often below standard.

Things to remember: There will always be a reasonably high turnover of staff in the hospitality industry, often it is a case of being in the right place at the right time. The harder you look the luckier you are likely to be.

Pay: In Granada pay can be low. Very low. €4 per hour is not unheard of, but there are of course places that will offer much better.

Tip: When looking for a job, try to speak to manager / owner and make a good impression. They are likely to receive a large number of cv’s in any given week and most of them only find their way as far as the trash.  If you do find a good job, make sure to hold onto it.

4. Working in a shop / small business

There are of course a number of large chain stores that will have an HR department to hire staff, however it is rare that foreigners will have much of a chance here. The other option is smaller boutique shops and businesses. These are usually tightly run and will have a very small number of employees. The decision will usually be quite a personal choice by the owner of the business.

Things to remember: Most small businesses are running on a very tight budget, an extra member of staff is seen as a big cost.

Pay: There should be a minimum wage that you can survive on. But again it will probably be lower than your expectations.

Tip: If you have a particular niche interest (be it outdoor adventure, organic clothing, or whatever) aim for a niche industry that you are passionate about. Get to know the owner and show off your knowledge and passion.

5. Working for a multinational company

unfortunately there are not too many multinationals that are based here in Granada. The one large transnational that is here is Northgate. If you have been in Granada and talking to any ex-pats you will very quickly come across someone working there, ask them about it. Enquire about possible openings there.

Things to remember: Working for a multinational suits some people better than others. It will be a job that offers a certain level of security.

Pay: You can expect something like the Spanish average wage, €1,000 – €1,200 per month. With the benefits of having a fixed contract.

Tip: Talk to people who are currently working there. They can usually be found quite easily hanging out in Irish pubs, or some of the English-speaking bars; Casa Lopez Correa,  Poe and the like.

For those that can do it. This is the stuff that dreams of made of. With the world becoming smaller and technology bigger and better, an increasing number of people are successfully working remotely. More and more employers are using this as a viable option for valued staff.

Things to remember: The cost of living in Granada is cheap. The way of life in Granada is also good, don’t let it be too good. You may of course encounter timetable problems, with time zones and the Granadino love for siestas and late nights, don’t expect to be working the same hours as your spouse, friends etc.

Pay: Why not get paid a decent (insert wealthy country here) salary while enjoying the local way of life.

Tip: Probably needs to be organised in your home country before settling in Granada.

In Granada and throughout the world, internships are becoming increasingly important to follow your desired career plan. It is without a doubt a great opportunity to gain valuable experience and a better understanding of how the business world works. Has to be considered as a stepping stone and a learning process.

Things to remember: While an internship in a large organisation may look impressive you are more likely to become a very effective photcopier or coffee maker, while in smaller organisations you will undoubtedly get a lot more out of the experience and have much more opportunity to get a proper insight into how the organisation really functions on a day-to-day basis.

Pay: Unfortunately there isn’t usually any.

Tip: Don’t wait for your ideal internship opportunity to appear magically. Get online, research what you want, decide where you would like to work and get in touch.

8. Starting your own business

For foreigners in Granada this often tends to be the most viable option having crossed off all of the above. There is a shortage of jobs in Granada but there is an apparent abundance of opportunity. There are opportunities for new businesses, as well as opportunities to improve and outperform existing businesses. It is time to go for it. Put your neck on the line.

Things to remember: There are great opportunities in Granada, especially in the tourism industry. However there is also a lot of bureaucracy involved in setting something up in Spain. It is important to remember that Granada in general is quite a conservative city. Change and recognition happens very slowly.

Pay: Well you are setting your own boundaries here aren’t you. You can do your research as to your expenses and outgoings, hard to predict just how much you are going to be taking home at the end of each week.

Tip: It is hard to stress enough the importance of getting a good local gestor. This could well be the difference between your business ever getting off the ground or not. By the way a gestor is something a little bit unique in Spain and as far as I am aware there is no direct translation to English, but it is a mix of lawyer, accountant, book-keeper and general fixer. The single most important person that is needed to assist in all of the paperwork that will inevitable be required.

If the list above does not work for you, maybe it is time to enjoy life in the city and join the rest of the gang. Granada is after all one of the best and most popular student cities in the world.

Ok, so this was a hard post to write, because jobs in Granada are few and far between. I would love to hear comments from you about other oppurtunities and suggestions for people looking for jobs.

But while the outlook may be a little bleak, do not despair, with the current global economic situation, there are not  many places that would be considered thriving and don’t forget that we are in Granada because we love living here.

Number 10 just in. As always many thanks to @piccavey (defintely one of Granada’s top peeps) “Work in Technology. Kandor Graphics, UNIT4, Northgate Arinso, Telefonica I+D, Trevenque all in Granada need programmers etc.

We have also found this article that may be of use. It is about increasing your chances of getting the right job in spain in general. Job Hunting in Spain.

Other sites that may or may not be of use to help find a job locally in Granada.  Loquo